Jenson Button is “It’s Madness” that …

We’re now in Week 2 of winter testing and for all of us Formula 1 fans who can’t wait for the 2019 Formula 1 season to start – there’s not long to go now! Week 2 of pre-season testing is now, for most teams, all about collecting as much data as possible for them to analyse ahead of the first race – making sure that cars are as prepared and ready as they can be.

As I always mention on here, testing times shouldn’t be looked at too much as many teams tend to hold back, not showing their true potential until the first few races of the season BUT we are seeing a stronger McLaren when compared to previous years.

Let’s take a look at what drivers had to say about Day 2 of qualifying – today, starting off with Ferrari.

As briefly mentioned above, today wasn’t a productive day for the team due to a mechanical problem which was caused just before midday.

In the morning session, the team and Sebastian Vettel were trying out different configurations however there was a problem with the front left corner on the SF90 – Vettel ended up off-track at Turn 3 and then had to attend the medical centre for the usual checks.

Up until the issue, the car ran smoothly and Sebastian Vettel managed to complete 40 laps in the car with a good time of 1:18.195

Following the incident, the car was taken back to the garage where the team went through everything – checking the car to find the cause of the crash and up until now, the analysis is still ongoing.

However, despite that, the car was repaired in time for Charles Leclerc who managed to get out in the afternoon for an installation lap. 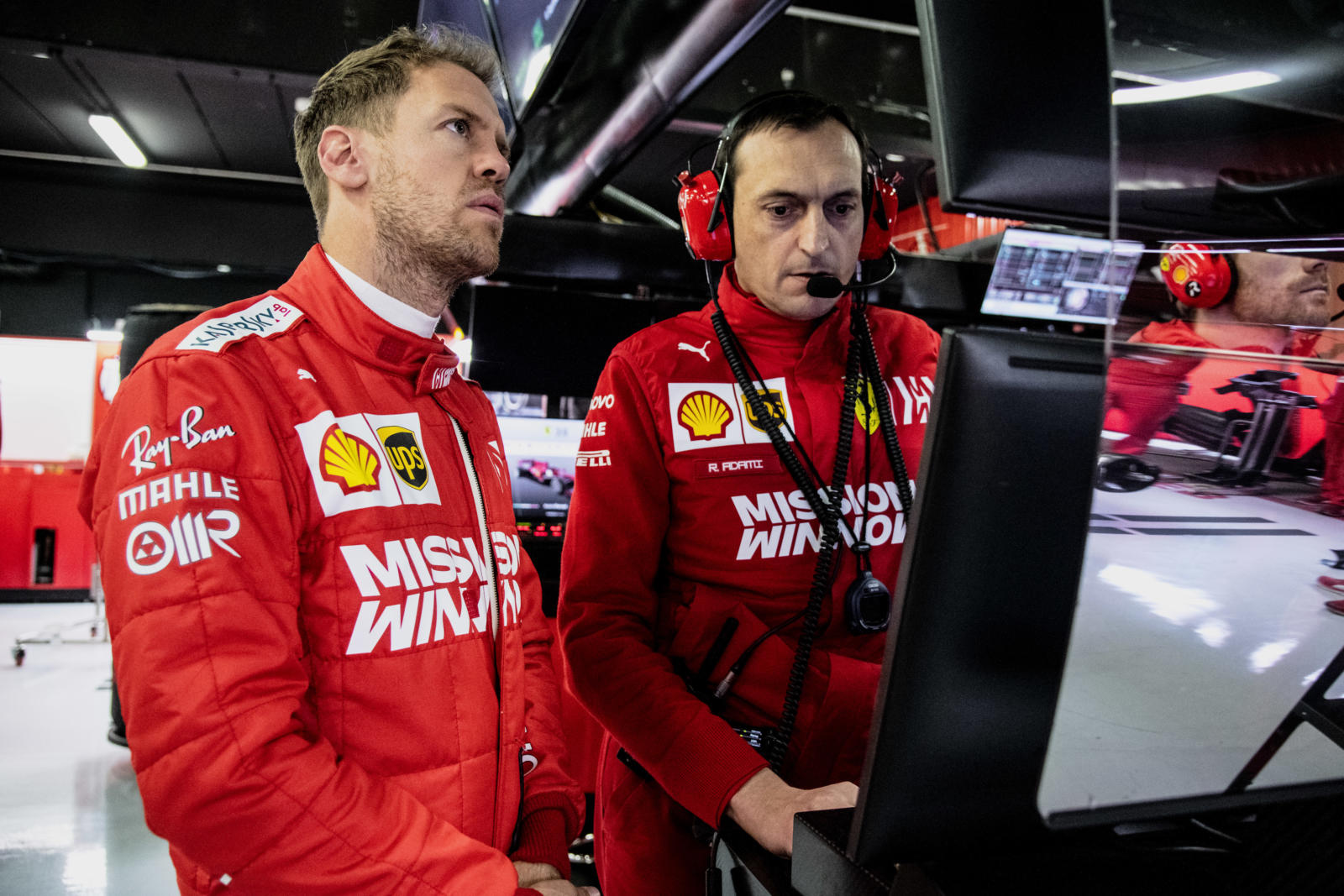 Sebastian Vettel: “Clearly we haven’t done as much running as we would have liked but I’d like to say that I’m getting a positive feeling from the car. Last week was definitely productive for us as we completed a lot of milage and also yesterday.”

“We were able to make up for the track time lost in the morning. As for the accident – I was going into Turn 3 and I had a feeling that there was an issue with the front left corner of the car and from them on, there was nothing that I could do to avoid the impact.”

“The good thing is that I am totally fine and by the end of the day, thanks to the great job from the mechanics, we even managed to get the car back out on track.”

Tomorrow, Charles will be driving the car before handing the car back to Sebastian on Friday, for the final day of pre-season testing.

Today, it was a good day for the Mercedes-AMG Petronas team who completed 176 laps at the Circuit de Barcelona-Catalunya.

Teams are taking different approaches and focusing on their main objectives – today, for Mercedes the focus was on further fine-tuning the set-up for their 2019 F1 car and in the afternoon, the team also went through race simulations.

In the morning, it was Valtteri Bottas who drove the car before handing over to Lewis Hamilton for the afternoon session who also went through some set-up work before focusing on race simulations.

Valtteri Bottas: “Today, it was a positive day for us – we managed to do 74 laps in the morning, focusing on the set-up work and making some good progress overall.”

“There’s a lot of data for us to go through tonight to further improve our set-up and make sure that we come up with the optimal programme for tomorrow.”

“We learned a lot today and we will make sure to learn a lot again tomorrow.”

Lewis Hamilton: “We got a lot of laps done today and that’s a good thing but we have come across a few little hurdles too, we’re just working our way through them and trying to be as diligent as possible trying to understand the causes – which is exactly what testing is for.”

“Everyone is working flat-out and I’m sure that we will get there. You need days like this to be able to bring light to the things that we need to work on.”

James Allison: “We did set-up work in the morning with Valtteri and continued with this in the early afternoon with Lewis, yielding in some good results for both drivers.”

“The race run in the afternoon, although quite considerably quicker than the last race simulation we made, was marred by front graining – something which we think, looking up and down the pit lane, could be a feature of the year.”

“We need to make progress on graining resistance in the next couple of days in order to make sure that we have a good way of handling it by the time the racing season begins.”

For Red Bull Racing, it was Max Verstappen’s day behind the wheel. Following Max taking an off-track excursion, there were some routine checks which were made delaying the afternoon session but despite this – Max Verstappen still managed to bring back 128 laps for the team to analyse.

The morning session was mixed with set-up changes and in the afternoon, the team focused on race preparation – a feature for many teams.

Max Verstappen: “Not a perfect day but still, a good one! There are always things that you want to check, instead of driving until something breaks.”

“We did a routine check this afternoon and then, got back out again at the end of the season. Even with the delay that we had, we still managed to do over 120 laps so, I think that is still a very positive day.”

“The more laps, the better and today – we did a lot so overall, I’m happy with that.” 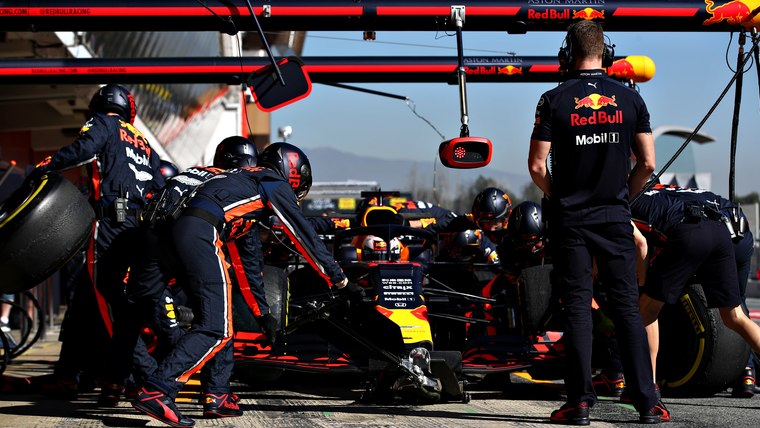 Guillaume Rocquelin, Head of Race Engineering: “We had another good morning, following the same plan as yesterday where we got through a lot of shorter runs and set-up changes.”

“In the afternoon, we went into a scheduled race simulation and we managed two-thirds of that but after Max had a brief off, we pitted for some routine checks with the gearbox.”

“That’s not the easiest element of the car to get deep into so it kept us in the garage for a while. When we did get back out, the change in track conditions meant we weren’t going to learn that much so we focused on pit stop practice which we had planned as part of the race work.”

“Tomorrow, we’ll pursue the same plan and that’s all about understanding the car and gaining as much valuable information.”

Another good day for McLaren overall with Carlos Sainz behind the wheel – going through a number of qualifying and race simulation runs, as well as going through aero and set-up work.

Bringing back 130 laps for the team and topping the testing timesheet with a lap time of 1:17.144

The morning session was slightly disrupted due to a loss of water pressure however, the team were able to work on the car and continue with the test programme, setting the fastest lap time too.

Tomorrow, Lando Norris will be back behind the wheel – this will be his final preparations for the Australian Grand Prix before handing over to Carlos Sainz for the final day of pre-season testing.

Carlos Sainz: “It’s been a good day of work – we have managed to do a lot of laps again today and more or less, a full race simulation.”

“There are still a few niggles and stoppages that we wish we didn’t have but every time we go out on track, we’re a bit more reliable and we keep moving in the right direction.”

“Overall, I’m happy that we made the most of the time on track today.”

“The timesheets still aren’t important. We’re only focused on or run plans and tests rather than wasting our energy on trying to calculate where we’re at compared to the others. Once we see what everyone else brings to Australia, we’ll then be in a better position to compare our performance.”

“For the moment, I’ll look back over these six days with my engineers and go through what I liked, what I didn’t like and try to put together the best compromise for my last day in the car on Friday.”

Williams are glad to see the back of the first week of testing which saw them missing a few crucial days however today, it was the perfect winter testing weather allowing the team to go through their planned programme with Robert Kubica behind the wheel.

As always, the driver is extremely popular with fans visiting and holding banners on the stands for the driver and today – he delivered, bringing back 130 laps for the team to analyse, trouble free might I add.

Despite this, the team are constantly making progress and gathering as much data as possible.

Robert Kubica: “We had a good day from a gathering data point of view – time is running out and from a driver point of view, we haven’t done much work on the car so there’s still a lot of things to discover and not much time before the first races.”

“We are not in the position which we would like to be in from the engineering side but I hope that in the next few days we can start playing with the car and seeing how it reacts.”

“We have to keep working and keep improving – putting in the maximum effort and I hope that we have a smooth start to the season now.”

Take a look at some more photos from testing today… 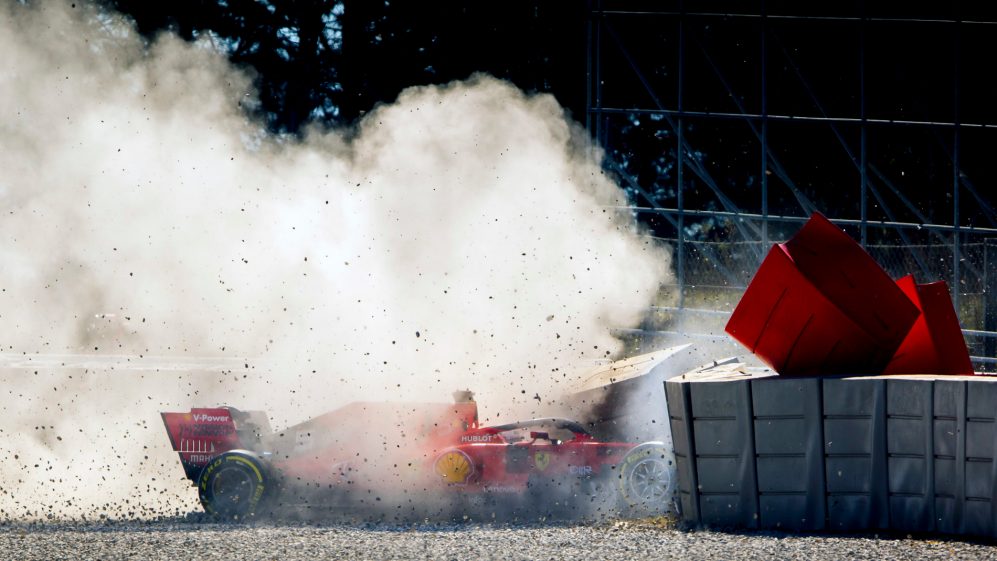