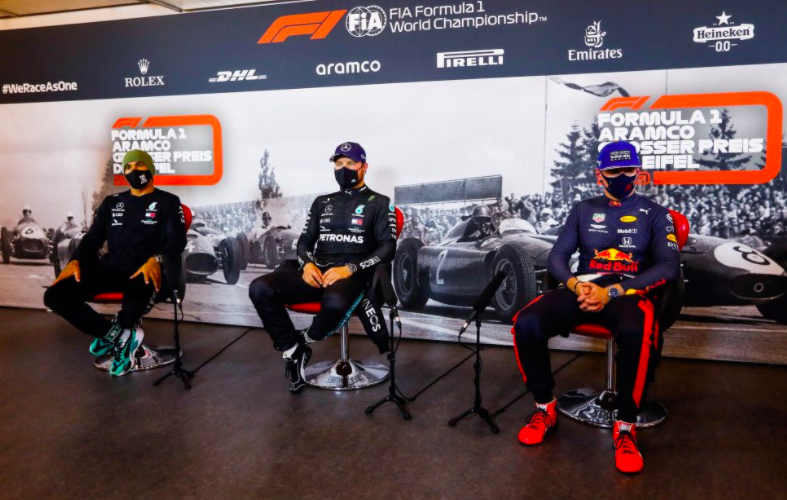 The start of the race tomorrow should be good. Not only do we have Valtteri Bottas who wants to remain in the lead, we have Lewis Hamilton who wants to gain a position with Max Verstappen right behind who wants to make a mark…..

Who will be the driver to take the lead…?

Question: Max, P3, it looked like you were in the fight right to the end but you narrowly missed out. How was it?

Max Verstappen: “Yeah, it was an interesting qualifying and after missing the whole of yesterday it was very busy today.”

“Overall, I think at least in qualifying, just in Q3, where it really mattered, I was understeering a bit too much. When it’s so cold and you’re understeering, you’re graining the front tyres, so basically heating up the rubber, which cost me a bit of lap time.”

“We’re getting closer towards Mercedes, which I think is very positive, so in a way, a little bit disappointed, I was expecting a little more, but it is what it is and overall I can still be wrong.”

Question: The positive, as you say, is that you’re closer to Mercedes. Does that mean you are going to race better, because generally you come closer to matching them on a Sunday?

“So let’s see. It’s a fun track to drive so I’m just looking forward to tomorrow and let’s see what we can do.”

Question: Well done Valtteri. Three purple sectors, best of anybody, got the job done. Right time, full of confidence on the back of that win last time out?

Valtteri Bottas: “Thanks yeah. It’s such a nice feeling when you get it on the last lap, your last chance. The last lap in qualifying for me was spot on, just what I needed.”

“It was pretty tricky obviously with a short practice and with these conditions getting the tyres in a sweet spot on the out laps that was probably the biggest thing today.”

Question: Was that the biggest thing to take in qualifying – tyre preparation – because you were obviously behind Lewis and he was dictating the speed but you got the sectors nailed?

Valtteri Bottas: “Yeah, of course we were leaving more of the less the same time from the garage and it was his decision to go first and there’s still different things you can try to do on the out lap, whether it’s about braking or these kinds of things, but ultimately I got the tyres there and then the lap was really nice.”

Question: Do you think you can take this on and win tomorrow?

Valtteri Bottas: “Of course, I believe so. That’s the only goal for tomorrow, so hopefully we can have a good start.” 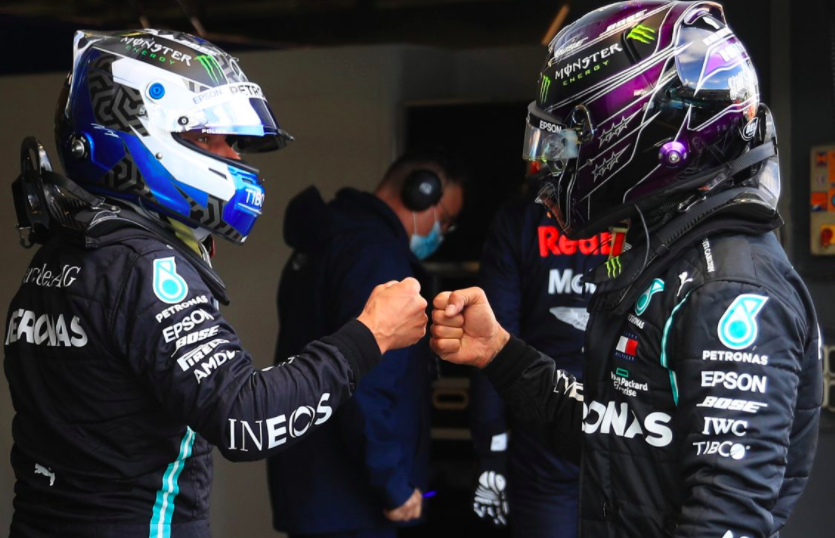 Question: Lewis, it was a nice battle all the way to the end, Max was obviously in that as well. Is there anywhere you feel like you could have extracted a bit more to challenge Valtteri?

Lewis Hamilton: “I’m sure when I look at the data there will be something.”

“It’s plenty of time, obviously it’s two tenths ahead, so he did a great and congrats to him.”

Question: Back at the Nürburgring. Is it a track you like to drive? It’s nice to see the cars going round here after a few years of not being here?

Lewis Hamilton: “It’s an amazing circuit. It’s one of the historic circuits we have, so it definitely is great to be back here.”

Question: What’s going to make the difference tomorrow, because obviously the conditions are not ideal, it’s different to what we are normally used to? What’s going to be the biggest challenge?

“Naturally the graining particularly in these conditions, being this cool. How the tyres behave. Whether it’s a one or two-stop. How long the tyres will go….”

“Obviously we’re all on the soft to start with at the start. Whether or not there’s a safety car. Going round behind a safety car in these conditions is going to be tough with these temperatures, so there’s a lot to play for tomorrow.”

Question: Valtteri, many congratulations, great lap on your final run of Q3. How much did you enjoy that?

Valtteri Bottas: “Yeah of course you enjoy it when you manage to put it on pole and especially when it’s the last lap that really counts and when you get a good lap and it’s enough for pole, it’s a really good feeling, one of those feelings and sensations why we do this.

Question: Of your three poles with this car this year, would you say that’s your most satisfying?

It’s always a nice feeling, but yeah with that lap, that was pretty tidy, and you know, I got all the details right and you know, I was also struggling a bit in the first sector through qualifying but really in the last lap I managed to get it all right, so it was a good feeling.”

Question: And looking ahead to the race tomorrow, Valtteri, keen to keep the momentum going from Russia?

Valtteri Bottas: “Yeah, of course, but again it’s going to be a new day tomorrow, so just need to focus on the small details that are going to matter, so the first of those is going to be the race start, so can’t enjoy the pole too much because tomorrow is the day that really matters.”

Question: Well done Valtteri. Lewis, just pipped by your team-mate today. You were slower in Q3 than you were in Q2, where did the pace slip away? 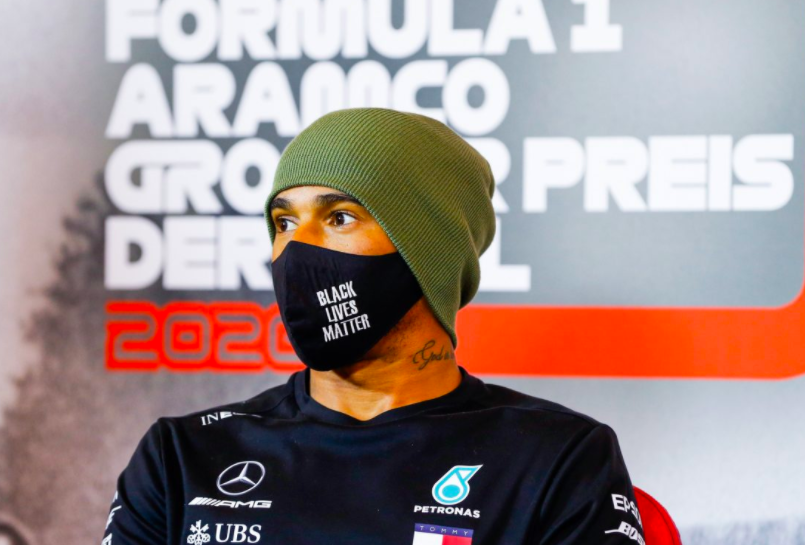 Lewis Hamtilon: :I’m not really sure. I’d have to go back and have a look, but definitely Q2 looked and felt good but when I got to Q3 it just didn’t feel good either run. Just the grip didn’t feel the same.”

Question: Can you tell us a little bit about the session? With the lack of running yesterday, how much did that compromise your pace and the set-up of the car during qualifying?

Lewis Hamilton: “Well, I don’t think we need to be here on Fridays so it was totally fine for me.”

Valtteri Bottas: “Much better with one practice.”

Question: Lewis let’s throw ahead to the race. Valtteri has already pinpointed the start, what are you thoughts on what’s going through your mind ahead of the race?

Lewis Hamilton: “Not too much right this second. I think I’ll just try to understand what happened today. Tomorrow is a long race.”

“We’ll see tomorrow with the weather. It’s a lot cooler here. Not the easiest place to overtake either. But there could be lots of opportunities, so I’ll be pushing hard.” 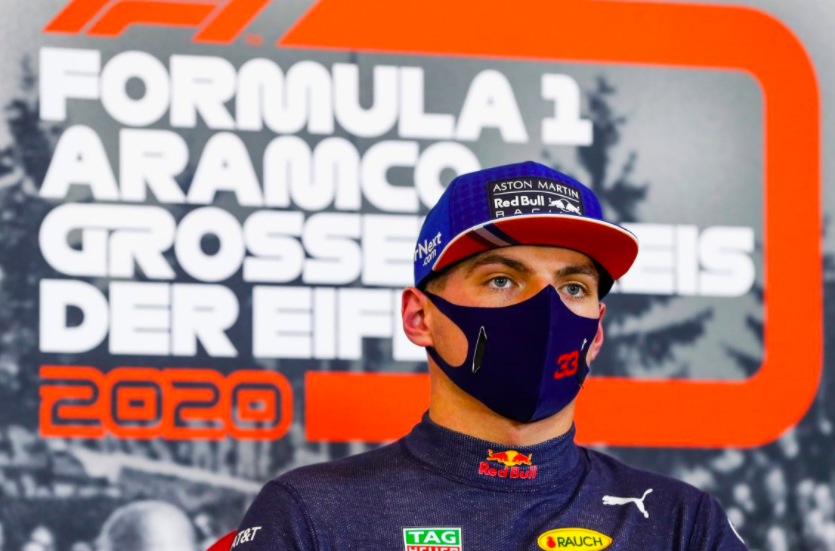 Question: Max, you were quickest after the first runs of Q3 but these guys just slipped ahead of you on that final lap. You must have through it was on for a while?

Max Verstappen: “Yeah. It’s always difficult to say but overall I think today has been pretty OK. The car’s been handling quite well, quali as well.”

“I felt quite comfortable. Of course, there were a few little balance things I would have liked to get improved but, of course, short notice.”

“Overall I think it was a good qualifying. I just struggle a bit with understeer – and I don’t like understeer but also this track, at the moment when it’s so cold, with the tyres, yeah, it just didn’t come towards us, dry qualifying.”

“I think from the beginning it was fine but then it just slipped away a bit. When you’re understeering, you can’t carry that mid-corner speed through the corners, you have to V-style it a bit more and you lose a bit of time.”

“Still, a good qualifying. To be that close to them.”

Question: You guys were nearly two seconds faster than the previous qualifying record here at the Nürburgring. Can you just tell us what it’s like to drive these cars around this track?

“You have so much grip – but still when you’re pushing in qualifying you still feel you are lacking grip.”

“You always want to go faster – but it’s still impressive stuff, to be that much faster on a track like this.”